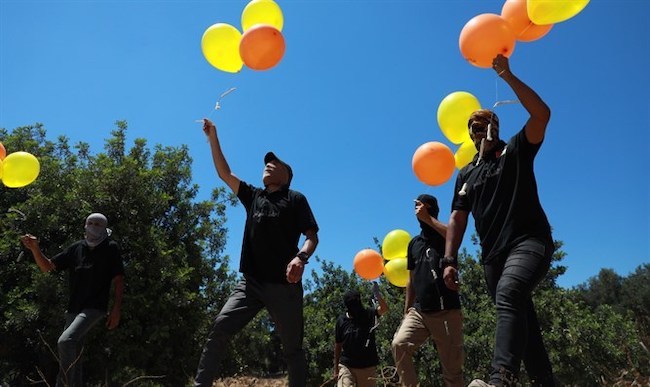 Firefighters battled four blazes in southern Israel Wednesday that were sparked by balloon-borne incendiary devices launched from the Gaza Strip. This terror activity has taken place for the second day in a row under the recent “ceasefire.”

The fires, all located in the Eshkol region, were small and posed no risk to nearby communities, the Fire and Rescue Services said in a statement.

The IDF struck Hamas military targets in Gaza after midnight on Wednesday in response to Tuesday’s arson attacks, which caused 26 fires in southern border towns.

The retaliatory airstrikes were the first since Naftali Bennett took over Sunday as premier. The Yamina chairman has long insisted that the IDF’s response to arson attacks should be the same as for rocket fire.

Source:
Incendiary balloons from Gaza spark fires in south for second day in a row, by Times of Israel Staff, June 16, 2021