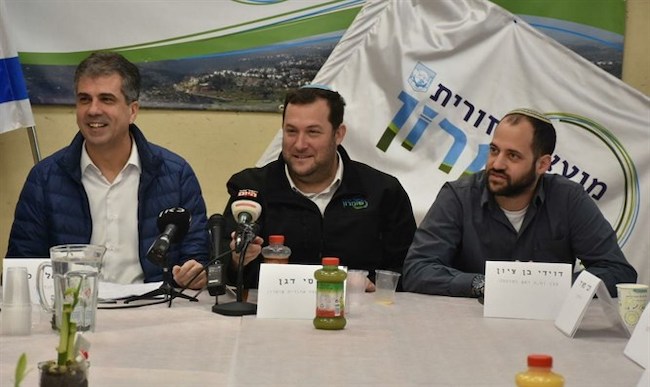 Earlier this week, the United Nations Human Rights Council issued a report on companies it blacklisted due to their business ties to Israel’s “settlements” in Judea and Samaria.

As expected, Israel’s condemnation was swift. President Reuven Rivlin stated, “Boycotting Israeli companies does not advance the cause of peace and does not build confidence between the sides. We call on our friends around the world to speak out against this shameful initiative which reminds of dark periods in our history.”

Prime Minister Benjamin Netanyahu said, “Whoever boycotts us will be boycotted. The UN Human Rights Council is a biased body that is devoid of influence. Instead of the organization dealing with human rights, it only tries to disparage Israel. We strongly reject this contemptible effort.”

An emergency meeting of Barkan Industrial Area representatives was held this morning, together with Samaria Regional Council Chairman Yossi Dagan and with the participation of MK Eli Cohen, Minister of Economy.

Decided on were a list of steps to be taken by the Samaria Regional Council together with the industrialists to combat the UN decision and to assist the factories. Among the many steps to take, they voted to file a class action against the UN in accordance with the BDS Law.

AFSI reminds everyone that the UN Human Rights Council is made up of many member nations who are among the worst offenders of human rights abuses in their own countries.