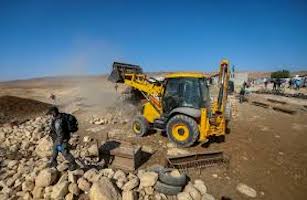 The illegal herding village of Khan al-Ahmar was given yet another reprieve when the High Court of Justice gave the state until July 15, 2021 to explain its failure to evacuate the compound.

Regavim, the NGO actively working for 11 years to see that the evacuation is carried out, condemned the delay. Though this latest ruling is another postponement in this long legal battle, Regavim’s petition has not been thrown out and still stands.

Source:
State has until July to update court on failure to evacuate Khan Al-Ahmar, by Tovah Lazaroff. Jerusalem Post, November 29, 2020