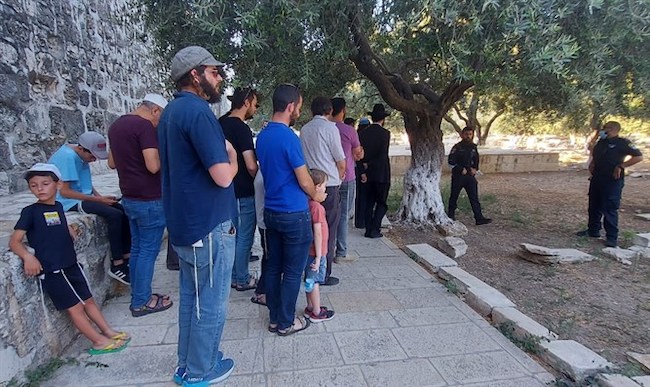 Prime Minister Naftali Bennett appeared to walk back support for the Jewish right to freedom of worship on the Temple Mount Monday, a day after seemingly endorsing a change to long-standing Israeli policy.

On Sunday, the Prime Minister’s Office responded to Arab stone-throwing incidents on and around the Temple Mount and protests against Jewish visits to the holy site, saying that the government would continue to enable Jews to visit the site, protecting their right to “freedom of worship” on the Mount.

Mansour Abbas, a member of the Islamist Ra’am party in the Knesset and a member of Prime Minister Naftali Bennett’s coalition, forcefully came out against the some 1,800 Jews who visited the Temple Mount on Sunday to mark the day of Tisha B’Av. “Al-Aqsa Mosque is a pure right of Muslims, and others have no right to it,” Abbas stated in Arabic.