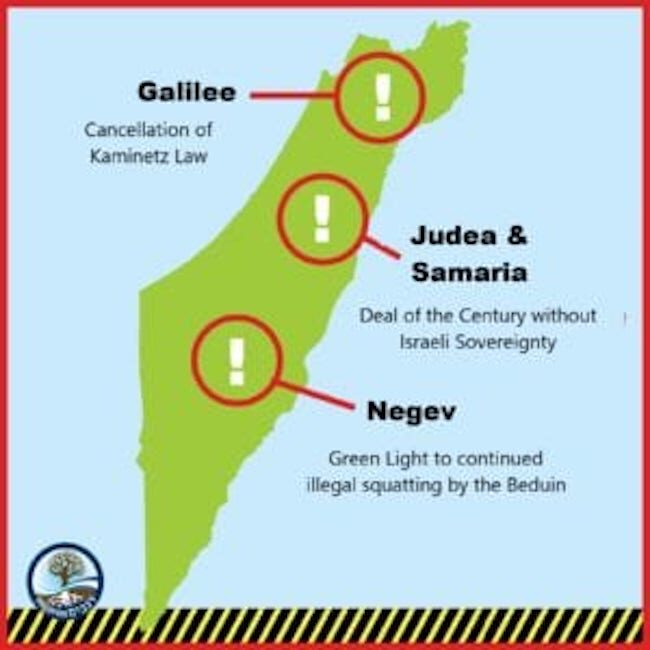 The Regavim Movement is deeply concerned by the agreements that are being formulated between the Likud, Blue and White, and Labor. Specifically, this includes the repeal of the Kaminitz Law, placing the Bedouin Authority in the Labor Party’s hands, and setting aside the commitment by Netanyahu and the Likud to extend Israeli Sovereignty in Judea and Samaria.

Regavim’s spokesperson explained: “An emergency government that abandons Zionist values presents a clear and imminent danger to the Land of Israel and to the preservation of Israel’s national land resources.”