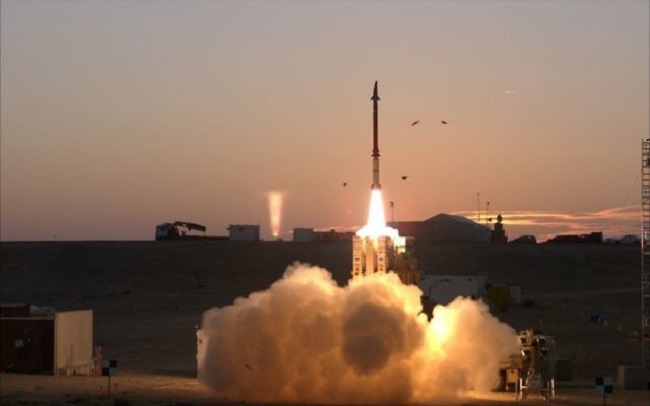 In recent weeks, Israel’s military has begun to believe that Tehran intends to eventually retaliate against Israel’s regular airstrikes against its forces and proxies in the region.

In response, Amikam Norkin, Israeli Air Force chief, said yesterday that the military’s multi-tiered network of air defense systems were “on alert” amid a general threat of attack by Iran.

“Even as we speak, Arrow, Patriot, David’s Sling (pictured here) and Iron Dome batteries are on alert,” Norkin said.

AFSI reported earlier this week that Prime Minister Benjamin Netanyahu said Iran intends to attack Israel from Yemen, which may make intercepting such a strike more difficult as the IDF’s intermediate and long-range air defenses are better positioned to shoot down incoming attacks from Israel’s north, rather than from the south.

Is Israel Equipped to Win a War Against Iran? ~Anna Ahronheim