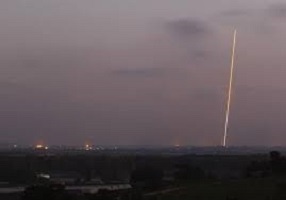 The Israeli Air Force carried out a series of strikes north of the Gaza Strip on Wednesday night in response to hundreds of incendiary balloons that Hamas launched at Israel earlier that day.

The IDF confirmed that two launches had been identified from Gaza toward Israel.

The rockets appear to have exploded in open areas, without causing injuries or damages.

The IDF responded that, “Hamas bears full responsibility for all that is taking place in the Gaza Strip, as well as all things coming out of it.”