As we are reminded nearly every day, many in this country cannot come to terms with and accept the results of the latest presidential election, even less than one week before the inauguration of president-elect Donald Trump. Incredibly, this even includes members of the House and Senate who cannot come to grips with the fact that Hillary lost, and the fact that the Executive Branch will be transferred to the Republicans eight years after Obama assumed the presidency.
Since the election, rallies and protests against Trump have been ongoing, and are planned for during and after the inauguration this Friday, January 20 in Washington DC. Specifically, a Women’s March is planned for Saturday, the day after the inauguration. Of course, Saturday is the Jewish Sabbath. Even so, rest assured that Jewish groups will be marching, and even leading the event.
The Women’s March will consist of dozens of “progressive” groups, and they will be marching for issues such as the environment, abortion, prisoners’ rights, voting rights, a free press, affordable healthcare, gun safety, racial and gender equality and a higher minimum wage. It is possible that hundreds of thousands will show up, creating complex security problems for police and security personnel during the inauguration.
At the same time as the inauguration, anti-Trump protests are planned in all 50 states.
Now, we have no problem with a women’s march. What we do have a problem with is the likelihood of the march being co-opted by radical groups who will use it to advance their radical agendas and intimidate other marchers into quiet acceptance of their agendas. One example is Black Lives Matter, a group that has used violence, and the threat of violence to intimidate populations around the country.
Many of the BLM rallies have been rife with anti-Israel and anti-Semitic vitriol, such as at Ferguson, where more “Palestinian” flags than American flags were being waved.
So, we say to our Jewish friends: Your right to march and protest is guaranteed and protected. But beware! Don’t be a dupe! Don’t be used by the anti-Semites marching along with you for their insidious purposes.
Some of the organizers of the upcoming Women’s March on Washington are pictured below: 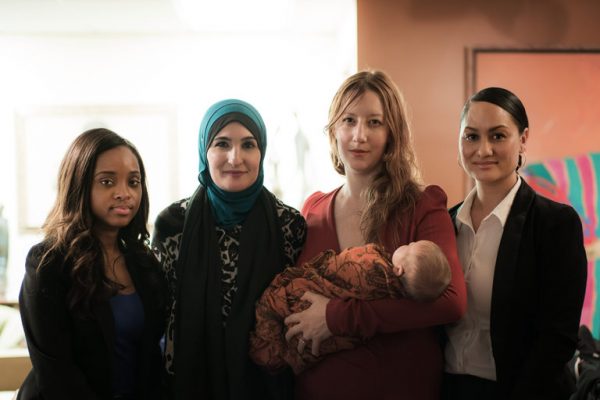