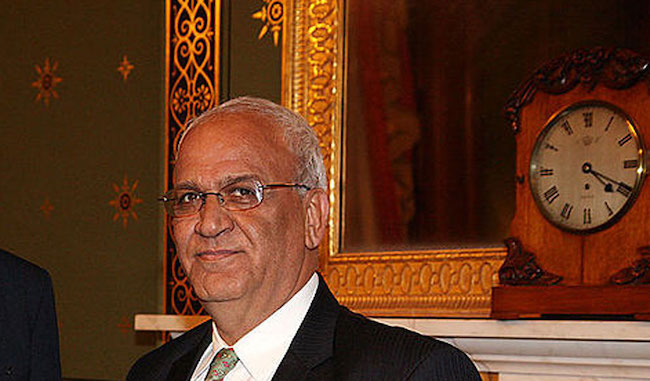 Harvard University named Palestinian chief negotiator Saeb Erekat — who serves as secretary general of the Executive Committee of the Palestine Liberation Organization (PLO) — as a fellow at the Kennedy School’s Belfer Center for Science and International Affairs.

Erekat, a man who called random stabbing attacks on Israeli citizens by Palestinian terrorists “self-defense,” will be charged with mentoring students and giving seminars in the school’s “The Future of Diplomacy Project.”

PLO member Erekat is one of four new fellows appointed by the school to the project. Commenting on the appointments, faculty chair Nicholas Burns said that the new fellows “will strengthen our capacity to learn the lessons of effective diplomacy and statecraft.”

We beg to differ as Erekat’s anti-Israel past speaks for itself. Shame on Harvard University for allowing this appointment to happen. This venerable institution hired an individual who preaches about the delegitimization of Israel’s existence. This appointment is not only bad for Israel and the Jewish people, but Americans as well.