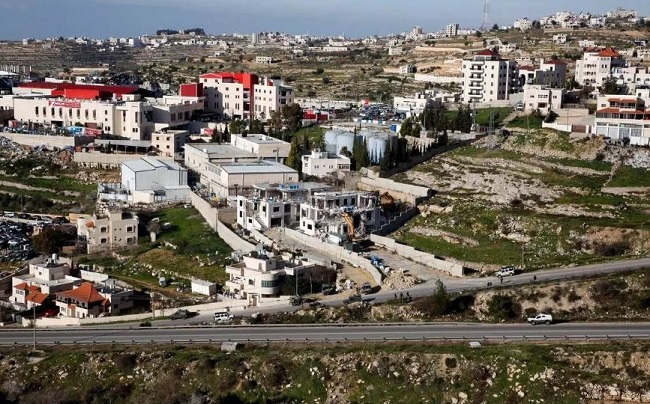 Plans to build 715 housing units in Palestinian Arab villages in Area C in Judea and Samaria were unanimously approved by Israel’s Cabinet on Tuesday.

It’s unclear if these plans are for building new housing units in those villages, or if they refer to the whitewashing of currently existing illegal buildings.

A joint statement was released on Monday by Binyamin Council head Israel Gantz and Samaria Council head Yossi Dagan in which they sharply attacked the plan: “The report of a Cabinet hearing aimed at approving building plans for Arabs in Area C is particularly alarming. “The Palestinian Authority, by assisting and financing foreign entities, is carrying out massive illegal construction in these areas with one clear purpose – the establishment of a terrorist state in the heart of the country. We hope this does not constitute a signal to the direction of the government which will be formed after the elections.”

Palestinians: We Don’t Need Permission From Israel To Build on Our Land. “The terms A, B, and C no longer exist because Israel has violated the Oslo Accords.” ~ Khaled Abu Toameh & Tovah Lazaroff’s article in the Jerusalem Post gives the PA reaction to the issuance of permits.

AFSI Chizuk Missions have traveled through Judea and Samaria where one sees many large red signs warning that it is dangerous and illegal for Israelis to enter Area A – entirely under the control of the Palestinian Authority. Now that the Arabs have been given permission by Israel to build in Area C – which is supposed to be under total Israeli control – will the prohibition signs come down and will it be safe for Israelis to enter those areas? The Israelis were the ones who put the signs up in the first place and we don’t believe they’ll take them down based on what the PA Prime Minister says. There may be no A,B & C for the PA – but we wonder how a permit application for Israeli building in Area A, or even B would be handled if these terms no longer exist. What would Jabotinsky say? Do you try to meet halfway someone who doesn’t want to meet you?

What do you think?