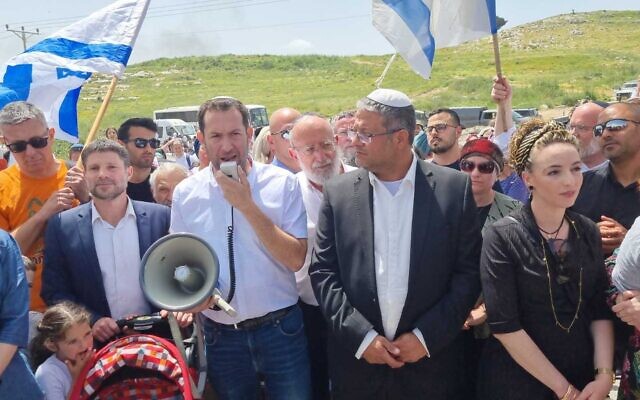 Thousands of people from all over the country marched to the Samaria community of Homesh Tuesday. They called on the government to leave the Homesh yeshiva where it is and not to harm the Jewish communities of Samaria.

Ettya Dimentman, the wife of Yehuda, who was murdered in a terrorist shooting attack near Homesh in December, said: “The land of Israel belongs to the people of Israel, we are neither settlers nor extremists, we are just coming home. All the soldiers who fell all the years in the wars, what did they fall for? They fell because they reclaimed the land of Israel.”

The Homesh Yeshiva exists on legally owned Jewish land. Leave it where it is!!

AFSI WILL BE VISITING HOMESH ON OUR UPCOMING CHIZUK MISSION!