Members of several pro-Israel organizations including AFSI and JDL, as well as other concerned individuals, protested against musician Roger Waters at the Barclays Center, this past Monday and Tuesday evenings.
For years, Waters has been in the forefront of BDS, using his fame and public persona to promote a boycott of Israel. He has accused Israel of being an apartheid state, and has used anti-Semitic imagery during his concerts.
Although the concerts went on as scheduled, our presence outside the arena caused many individuals to stop and engage in conversation about Waters’ anti-Israel and anti-Semitic views. Many were unaware of his views, and although relatively few in numbers, we touched hundreds of concert goers. Time well spent.
Below are several photos of these protests. 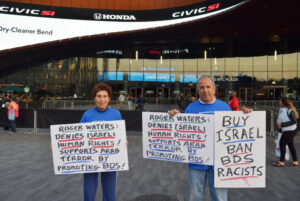 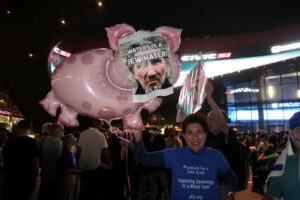 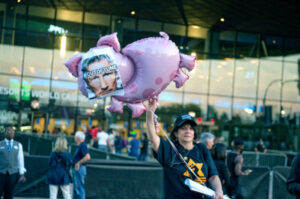