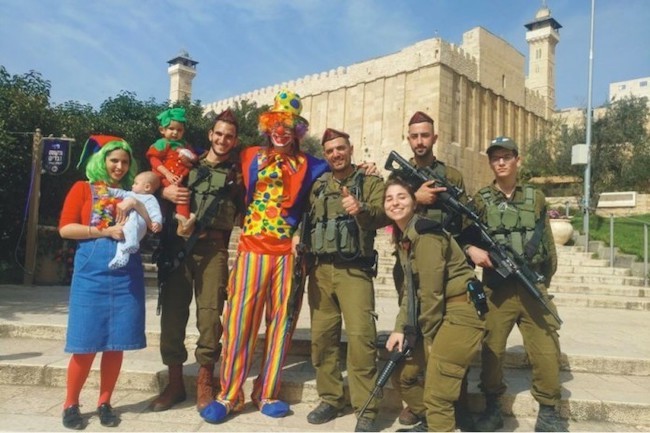 Hebron has the unique distinction of being one of the few cities in the world that celebrates Purim on two days. Jewish communities in walled cities celebrate Purim a day later. This is derived from the verses in the Scroll of Esther, which state that in the city of Shushan, where the Purim story took place, the holiday was celebrated on the 15th of Adar, rather than the 14th like the rest of the Jewish world.

“There is a safeq (doubt) as to whether Hebron was a walled city at the time of Joshua,” said Rabbi Schlissel, who is head of the Ohr Shlomo kollel, named in memory of his father-in-law Rabbi Shlomo Raanan.

Even if the walls no longer function as a demarcation of the city today, the Jewish sages of the Talmud defined a walled city as whether or not it had a wall at the time of the Biblical leader Joshua.

Thus the megillah, or Scroll of Esther, is read four times, the evening and day readings on the first day and then again on the second day.

Source:
Why is Purim Celebrated for Two Days in Hebron?, by Ben Bresky. Jewish Press, February 25, 2021