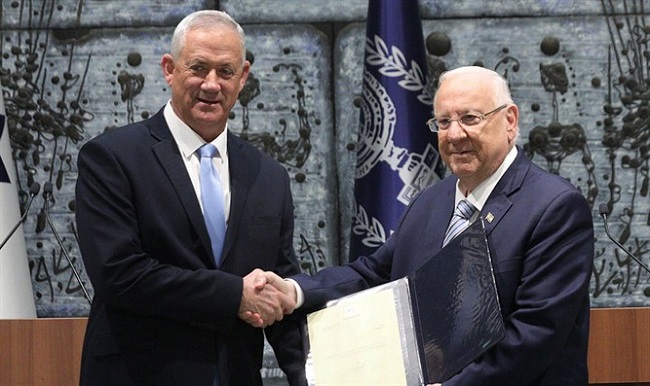 The announcement follows President Rivlin’s meetings with heads of the Knesset political parties on Sunday.

This is not a decision we wanted to hear. We do not know how this move by President Rivlin will play out and it seems Gantz’s chances of forming a government are slim. We hope that in the coming weeks Israel’s politicians come to their senses and can form a government that truly favors the security and Sovereignty of the Jewish people and Israel.