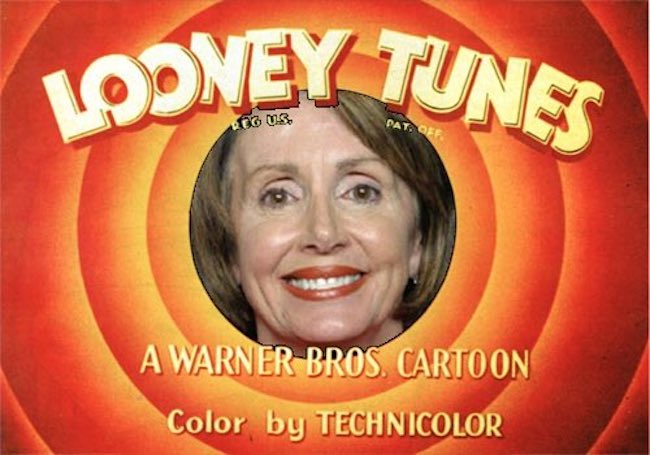 Americans For A Safe Israel awards a place in the Looney Tunes Hall of Shame to Speaker of the United States House of Representatives Nancy Pelosi for endorsing Congresswoman Ilhan Omar’s bid for re-election. Instead of taking a stand against anti-Semitism, Pelosi’s backing of Omar gives full support to the ongoing and troubling trend to delegitimize Israel and the Jewish people.

Omar is well known for her virulent hatred of Israel and the Jews with anti-Semitic comments such as, “Israel has hypnotized the world, may Allah awaken the people and help them see the evil doings of Israel” and “It’s all about the Benjamins baby.” Omar also backs the BDS movement.

Pelosi needs a refresher course on why she was elected to office in the first place and to be reminded that the USA, which she represents as a government official, does not stand for hatred and bigotry against any people. She needs to put aside her power hungry and selfish political agenda and bow her head in shame. Furthermore, she needs to be removed from office.