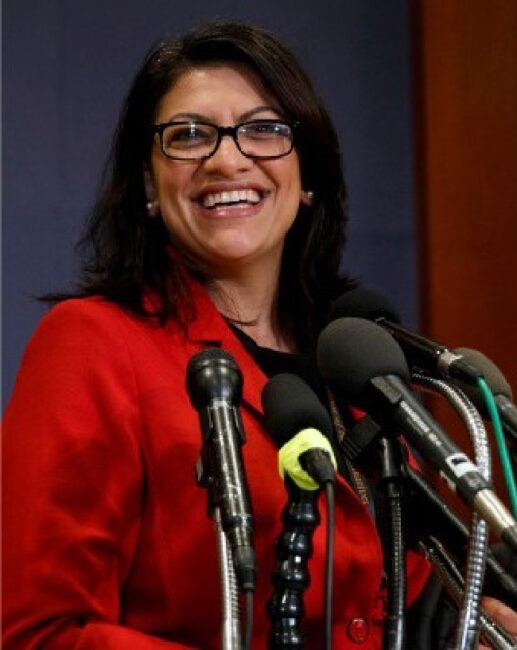 Congressman Rashida Tlaib should be no surprise to anyone as to how virulently anti-semitic and anti-Israel she is. The fact that she was elected by the American people at all is even more disturbing.

Why is the entire Democratic party not confronting this? Not a word of criticism or censure of Tlaib. have you heard of any Democrats distancing themselves from her? Tlaib was not elected to push her personal agenda and spread hate. She must be disciplined for her open anti-semitism and extremist hate filled diatribes against Israel. Read Jonathan Tobin’s New York Post Opinion.

And how are Jewish organizations responding to Tlaib?

We would like to know how the AJC suggests we refer to Talib’s stance on Israel.

Writer and blogger Daniel Greenfield exposes Tlaib’s political alliance with supporters of terrorists – like the ones who murdered a 4 year-old girl in Israel in 1979.