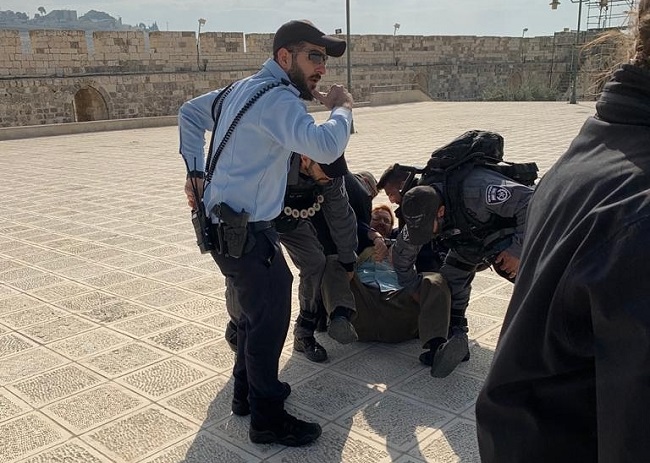 Former Likud MK and prominent Temple Mount activist Yehudah Glick has been released from police custody Tuesday, hours after he was detained during a visit to the Mount, apparently due to walking “too slowly” during his tour.

“The situation where, under Israeli sovereignty, Jews cannot freely walk around the Temple Mount without police supervision over their steps, is delusional and absurd,” said Yamina candidate Sarah Beck in response to Glick’s earlier arrest. “The policy of persecuting… Jews alone encourages Muslim extremism.”

“It would be better for the State of Israel to take steps against incitement and violence rather than against peaceful Jews who are only seeking to fulfill God’s commandments.”