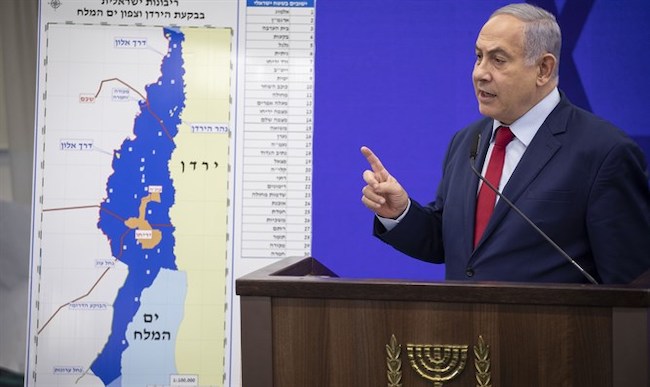 The Sovereignty Movement on Wednesday endorsed the legislative initiative promoted by Likud MKs Miki Zohar and Nir Barkat which would call for the application of sovereignty over Judea and Samaria. It would also prevent the establishments of foreign consulates for the Palestinian Authority in eastern Jerusalem.

Arutz Sheva reports that the Likud party is expected to promote the law next week, after years of refusing to promote such a move while in power, in order to embarrass the government of Prime Minister Naftali Bennett. It’s expected that the Ministerial Committee on Legislation will reject the bill, but MK Zohar still plans to put it to a vote in the Knesset plenum to oblige MKs from the coalition, including those from the right-wing factions Yamina and New Hope, to vote against the application of sovereignty.

The Sovereignty Movement’s Yehudit Katsover and Nadia Matar stated: “The steps taken by MKs Zohar and Barkat are important for bolstering Israeli sovereignty in Jerusalem, Judea, and Samaria and for curbing international attempts to erode Israeli governability in its eternal capital.” However, they add that “alongside the significance of these steps, one must ensure and guarantee that Jerusalem and sovereignty are not transformed into pawns in political games.”