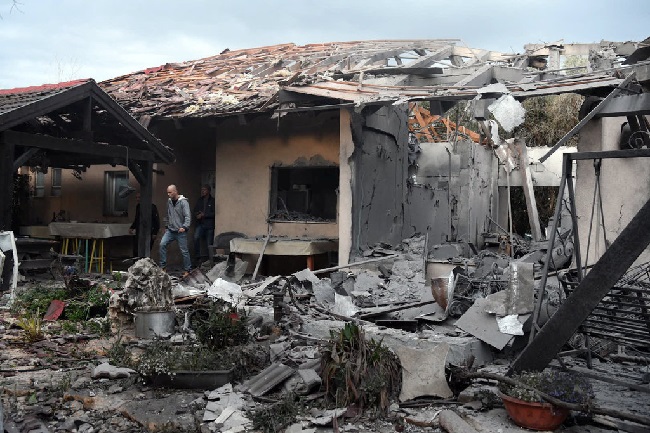 Early Monday morning, a rocket fired from Gaza struck a home in Moshav Mishmeret, north of Tel Aviv in the Sharon region. While no fatalities have been reported, seven people are reported injured.

Of concern to AFSI is that Israel’s Iron Dome did not intercept the rocket. It is estimated that the rocket fired can reach a range of more than 100 kilometers and since it travels on a nonlinear path it cannot be intercepted by Iron Dome.

In light of this recent attack, Prime Minister Netanyahu will cut short his visit to the US today. Though Netanyahu will meet with President Donald Trump, after their meeting Netanyahu will return to Israel immediately.

Reports also state that warning sirens were only heard in some areas of Mishmeret and that residents barely had time to respond to the attack.

The IDF began attacks on Hamas positions in response to explosives thrown during night riots. One explosive triggered sirens in in he Eshkol region, says IDF spokesperson. Tzvi Joffre reports in The Jerusalem Post.

Tefilot/prayers to our brothers and sisters in the south (and in the center, and in the north, and in Judea and Samaria, and in all of #Israel). And of course to our #IDF soldiers!”

Hamas’ ‘night unit’ threatens escalation on Gaza border – will increase its launching of incendiary balloons during the day this week. Sara Rubenstein in Arutz Sheva.