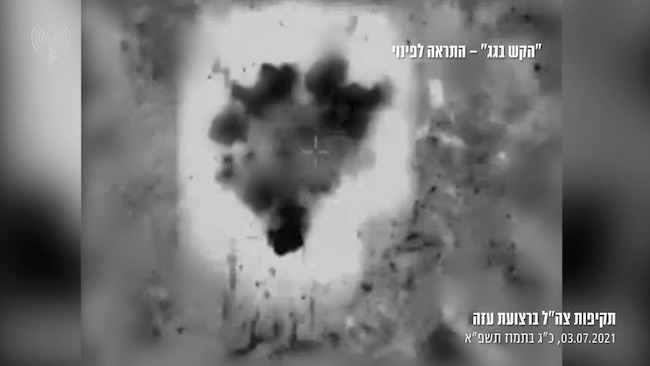 Israeli aircraft struck a Hamas rocket launcher and weapons factory in the Gaza Strip over the weekend in response to incendiary balloons that were launched towards southern Israel from the enclave throughout the weekend.

“The strikes were made in response to the arson balloons fired towards Israeli territory. The IDF will continue to respond firmly against terror attempts from the Gaza Strip,” the IDF Spokesperson’s Unit said in a statement.

During the strikes, machine guns were fired towards Israel but did not set off any alarms, the military said. There were no reports of any injuries in the strikes or from the machine-gun fire.

At the start of the cabinet meeting on Sunday, Prime Minister Naftali Bennett said, “I would like to clarify again: Things have changed. Israel wants quiet and we have no desire to harm the people of Gaza. However, violence – balloons, marches, harassment of any kind – will be met with a severe response.”