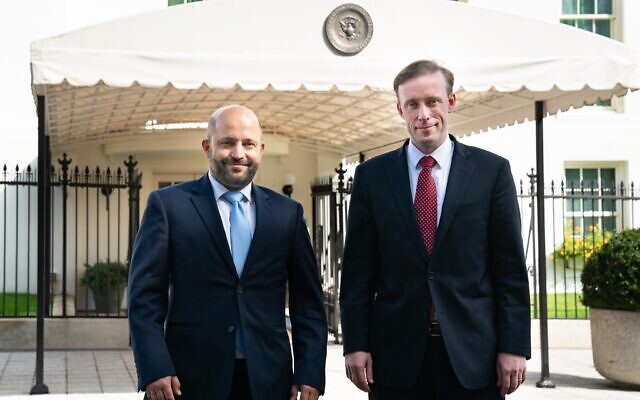 Israel’s National Security Council chairman Eyal Hulata and his US counterpart Jake Sullivan have concluded the latest meeting of the US-Israel Strategic Consultative Group in Washington.

The SCG has met several times since the start of the Biden administration to coordinate efforts aimed at curbing the various threats posed by Iran. The meeting was attended by foreign policy, defense and intelligence officials from both governments.

The officials committed to coordinate on efforts to prevent Iran from acquiring a nuclear weapon and toward deterring Iran’s aggressive regional activities. They also discussed economic and diplomatic steps to achieve these goals and reviewed ongoing cooperation between the U.S. and Israeli militaries.

It’s great that Hulata and Sullivan agree that Iran should never be able to obtain nuclear weapons. If the US agrees on this, then they need to wake up and commit to no negotiations with Iran at all. At the expense of sounding like a broken record, the US needs to cancel the Iran “deal”, continue to impose sanctions and recognize the threat it poses to not only Israel, but the entire Western world. The West needs to assist the Iranian people in overthrowing the dangerous theocracy that rules the country with an iron fist. Attempts by young Iranians are being made but communications are being cut off and other roadblocks are in the way. This is an important fight to join. We must find a way to help now!