President Donald Trump’s message delivered yesterday was, at its core, simple: it is time to recognize reality.

And today, we are celebrating this reality: Jerusalem has always been and will always be, the capital of Israel.

Historically, the Jewish people have stood alone, often during times of danger and tragedy when others wouldn’t come to their side. It is often said that in the world of diplomacy there is no such thing as friends, only interests. This may be true, and perhaps one day we will find out if President Trump turned decades of US foreign policy on its head because a) he believed it was in the best US interest to do so, or b) he was simply acknowledging reality, or c) he wanted to help a friend by righting a wrong.

Whatever the ultimate reason for President Trump’s action, today, we can bask in the results.

Please watch this short video (less than one min.) produced by AFSI friend, Ari Briggs. We applaud President Trump
for recognizing the ancient truth that
Jerusalem is the heart of Zion, the Capital of Israel. 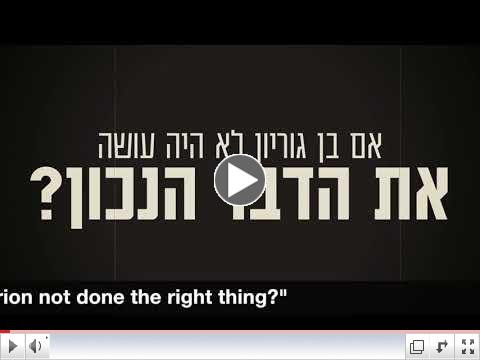