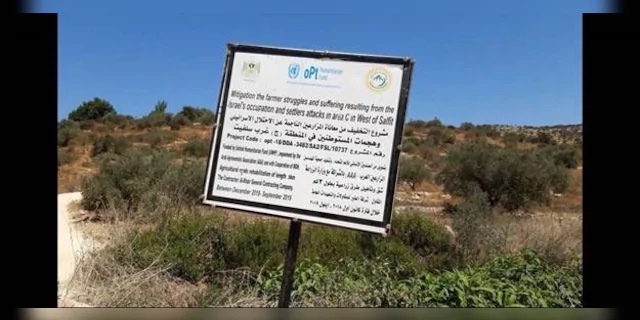 The United Nations is being accused of funding illegal infrastructure projects for Palestinians in an area where Israel exercises exclusive functional control as envisioned by current peace agreements.

The allegations come in a week when UN Secretary General Antonio Guterres criticized Israel in remarks for undermining prospects for “a viable, contiguous Palestinian state,” due to, among other things, ‘settlement’ building in Judea and Samaria.

Regavim, an Israeli organization dedicated to the protection of Israel’s natural resources, told Fox News that it had exposed at least five illegal projects built with UN funding since last year. A few years ago, the same organization exposed the UN for illegal building at the headquarters of a UN agency in Jerusalem.

Naomi Kahn, the group’s international spokesperson, told Fox News that the UN has violated international law and the Oslo Accords for years by “pouring millions of dollars into projects that support the Palestinian Authority’s systematic program to unilaterally establish a state.”

Kahn said the UN’s financial and diplomatic support of construction projects puts peace plans in jeopardy, such as the one envisioned by the Trump administration. She said the UN targets “the open spaces that form the basis for division of the territory under President Trump’s Vision for Peace and Prosperity.”

Thank you to Naomi Kahn, Regavim’s Director International Division, for bringing this article to our attention. We also appreciate that Fox News, a well-known US news outlet, has exposed this illegal activity to the American public.