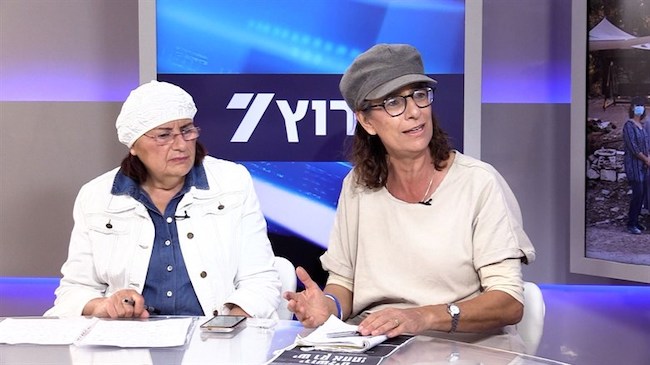 Opinion by Yehudit Katsover and Nadia Matar, Co-Chairs of The Sovereignty Movement

The events surrounding the passing of the “Electricity Law” in the Knesset left all of us in a state of considerable confusion and a sense of helplessness.

The law illustrated to all of us the extent to which the dependency of the Israeli government upon an Arab party causes the loss of the government’s Jewish sovereignty. Since the establishment of this government, we are dependent upon dictates that are liable to destroy everything that was constructed here by means of hard labor in order to establish a nation state for the Jewish people – the Jewish State – a state in which the Jews are supposed to decide their fate.

Yes, the Arabs in Israel are citizens, but the national identification of their representatives in the Knesset is with the enemy, with the Palestinian Authority and Hamas, whose objective is the dismantling of the State of Israel. As long as Israel is a Jewish State, it is inconceivable that Israel will submit to an Arab-Bedouin dictate. How have we deteriorated to this state of affairs?

It is not the lack of electricity in the new communities in Judea and Samaria that is the problem. Even if they ultimately connect them to the electrical grid, this is disgraceful. That connection should have been done from the outset; not as compensation for the connection of Bedouin construction. It is wrong and inappropriate to draw comparisons between the two. The new communities are, in their entirety, a Zionist undertaking intended to strengthen our foothold in the Land of Israel, and to prevent Arab infringement on Area C government lands, and it is incumbent upon the government to see to its development.