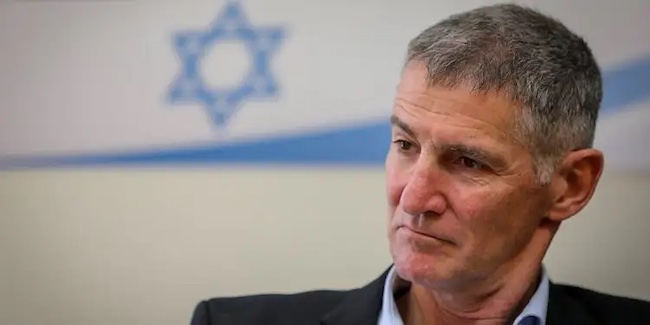 Deputy Economy Minister Yair Golan (Meretz) on Thursday morning said that the “settlers” in the Jewish town of Homesh are “subhuman.”

The Likud party was quick to call for Golan’s removal: “We, members of the Likud faction, demand that Prime Minister Naftali Bennett announce the dismissal of Deputy Minister Yair Golan today.”

Prime Minister Naftali Bennett slammed Golan’s comment: “Yair Golan’s statements about the settlers in Homesh are horrific, generalizations, and border on a blood libel.” Bennett goes on to say that the “settlements” in Judea and Samaria are today’s pioneers and that “We have not taken a foreign land….but our fathers’ inheritance.”

The term subhuman, or Untermensch, is taken direct from Nazi terminology and refers to inferior people. Golan’s shameful remark reminds us of the terrible evil brought against the Jewish people by the Nazis. Bennett needs to rise to the occasion and match his words with action. If he does not fire Golan now, Bennett is complicit in Golan’s incitement against the Jewish people.