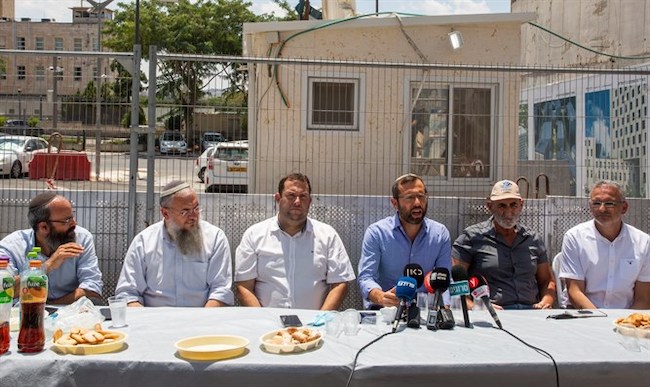 The Supreme Planning Council of the Civil Administration will approve thousands of housing units in Judea and Samaria next week. The council convenes for the first time in about seven months.

In recent weeks, there has been criticism from many elements in Judea and Samaria leadership, including from the chairman of the Yesha Council, David Elhayani, about the fact that the government does not approve of convening the planning council and promoting construction throughout Judea and Samaria.

Along with the approval for two thousand long-awaited housing units in Judea and Samaria, Defense Minister Benny Gantz for the first time approved for the Palestinian Authority the construction of 1,000 housing units in Area C.

During the formation of the government, it was reported that Yamina and New Hope demanded in the coalition negotiations to establish an administration that would handle the Palestinian takeover of Area C in Judea and Samaria. However, Benny Gantz insisted that the administration be under his responsibility under the Ministry of Defense. At that point, our friends at the NGO Ad Kan stressed to Bennett: “Giving up Area C in Judea and Samaria will lead to the loss of the cradle of the historic homeland of the people of Israel, and will return the State of Israel to the ‘Auschwitz borders’ on the eve of the Six Day War, and we are sure it is in your hands to prevent this.”

YESHA Council head David Elhayani has said that he thanks the government for allowing the construction of 2,000 housing units. However, he slammed the Civil Administration for not only not enforcing the laws on illegal construction by Palestinian Authority Arabs in Area C, but approving them.

In a separate but related Arutz Sheva report, the United Arab List wants Prime Minister Naftali Bennett’s coalition to pass an “Electricity Law” which would connect tens of thousands of illegally built homes to the electricity grid. Will Bennett and Co. approve this as thousands of Jewish residents throughout Judea and Samaria still have no connection to an electrical grid?

“We must not tolerate a situation in which there are essentially two separate systems of justice and legal enforcement in the State of Israel,” Regavim’s statement continues, “with construction laws being rigorously enforced in the Jewish sector whereas in the Arab sector, homes that have been slated for demolition by the courts are not only not demolished but are actually connected to the state’s infrastructure. We demand of Prime Minister Bennett, Interior Minister Shaked, Construction Minister Elkin, and Justice Minister Sa’ar, that they issue a clear statement, right now, that this draft legislation is headed for the shredder.”

Since the Oslo Accords in Area C belongs to Israel and this approval will only enable PA Arabs to continue their goal of taking over Area C. The 1,000 housing units slated for the Arabs were approved so quickly. How come we never saw such a quick approval for the Jewish residents of Judea and Samaria? This is a disgrace and certainly doesn’t keep in line with Israel’s legal rights to Area C.

What is the government offering Arabs in return for supporting the state budget?, by Hezki Baruch/Arutz Sheva, August 12, 2021