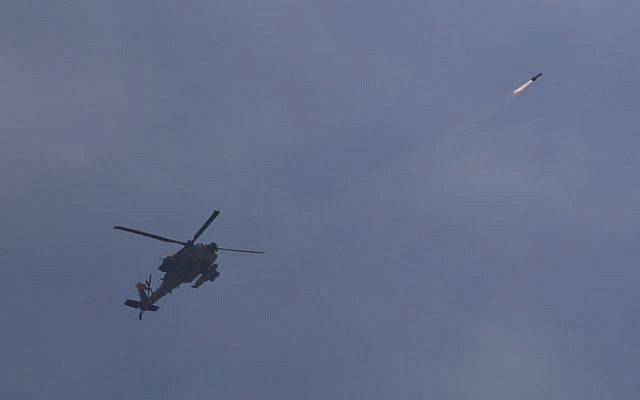 In a rare incident, Gazan terrorists targeted Israeli military helicopters with shoulder-launched anti-aircraft missiles over the Strip early Sunday morning during airstrikes carried out by the Israel Defense Forces.

Hamas has claimed that it did not fire the rockets intentionally, but that they were triggered by inclement weather. Prime Minister Naftali Bennett responded that Israel was not interested in such excuses. “All of Hamas’s stories about thunder and lighting, which we hear winter after winter, are not relevant anymore,” said Bennett. “Whoever aims rockets at the State of Israel must take responsibility.”

In light of Bennett’s recent string of activity to appease the PA, can we find comfort in his statement in defense of Israel’s security? We hope so but only time will tell.