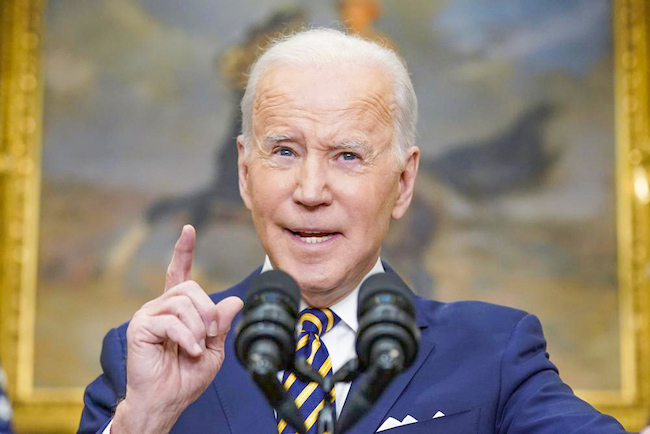 The Biden administration is offering nearly $1 million for groups to investigate alleged human rights abuses in Israel, the “West Bank,” and the Gaza Strip.

The State Department’s Bureau of Democracy, Human Rights, and Labor (DRL) is soliciting nonprofit groups to apply for grant money up to $987,654 to “strengthen accountability and human rights in Israel and the West Bank and Gaza,” according to a grant notice first posted online in mid-February.

Groups applying for the grant money will investigate alleged crimes inside Israel and these territories and “collect, archive, and maintain human rights documentation to support justice and accountability and civil society-led advocacy efforts, which may include documentation of legal or security sector violations and housing, land, and property rights,” according to the State Department.

Senator Ted Cruz (R-TX) summed it up best: “This is disgraceful. The Biden administration wants to use American taxpayer money to subsidize the international NGO campaign to demonize and isolate Israel, which then serves as a basis for anti-Semitic efforts to boycott and wage economic warfare against Israeli Jews.”

This program is clearly an effort that will delegitimize Israel. We hang on to hope that the State Department has the good enough sense to cancel this program immediately.

Sources:
How the Biden Administration Is Funding the Effort To Delegitimize Israel, by Adam Kredo/The Jewish Voice, March 12, 2022