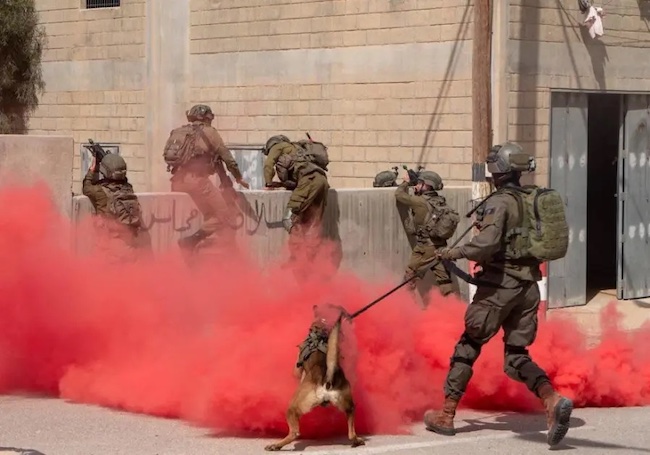 The IDF has nearly completed construction of an underground concrete wall between Israel and the Gaza Strip. Building this wall is part of the effort to prevent terrorists from crossing into Israel via cross-border tunnels.

The concrete wall is just one component in the 60 km.-long barrier, which also includes a fence above the ground, advanced sensors both above and underground, and cutting-edge technologies meant to tackle the tunnel threat and stop terrorist infiltration. To date, almost 95% of the barrier has been completed, and will be operational in the near future.

Hamas is believed to have a complex underground tunnel system throughout the Gaza Strip, which will be used to attack Israeli soldiers in a future ground battle inside the Strip. As a result, the IDF is preparing its soldiers for a combination of above-ground and below-ground warfare.

AFSI applauds the amazing IDF as it nears completion of this vital security measure. Always protecting Israel. Always ready to defend and secure Israel – and her Sovereignty – through whatever means necessary. We are in awe at the lengths Israel goes to in order to defend herself. It is a travesty that a country that works so hard at defense can still be the one accused of war crimes against a known terrorist entity.