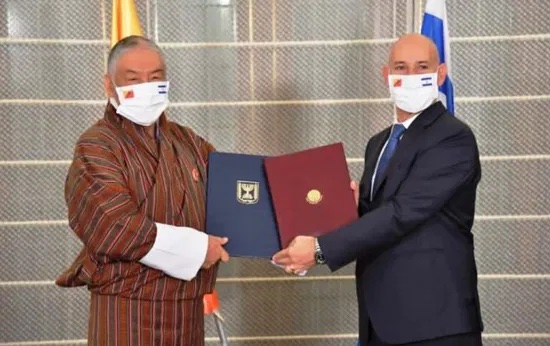 Israel celebrated another two significant diplomatic achievements over the weekend when the Kingdoms of Morocco and Bhutan became the fourth and fifth countries to announce the full normalization of relations with the Jewish state in just five months. More countries are expected to come.

Morocco announced on Thursday evening that it was reestablishing full relations with Israel.Under the agreement, Morocco will renew official relations with Israel, allow Israeli aircraft to pass through Moroccan airspace, and allow direct flights between Israel and Morocco. Morocco and Israel will open diplomatic offices in Tel Aviv and Rabat and later open official embassies. Under the agreement, Morocco and Israel will promote economic relations. Prime Minister Benjamin Netanyahu stated that he has “always believed that this historic day would come, I’ve always worked for it.”

Next came the Kingdom of Bhutan, a small Buddhist country in Southeast Asia, bordering India and China.Bhutan has full diplomatic relations with only 53 countries, and it was Bhutan that gave the world the ‘Happiness Index’.

The signing ceremony was held at the residence of Israel’s Ambassador to India Dr. Ron Malka on Saturday. Malka held an official exchange of notes ceremony with his colleague, the Ambassador of Bhutan to India, Major General Vetsop Namgyel.

Source:
Morocco and Bhutan: The 4th and 5th countries to announce full relations with Israel in five months, by by Aryeh Savir – TPS. J-Wire, December 13, 2020