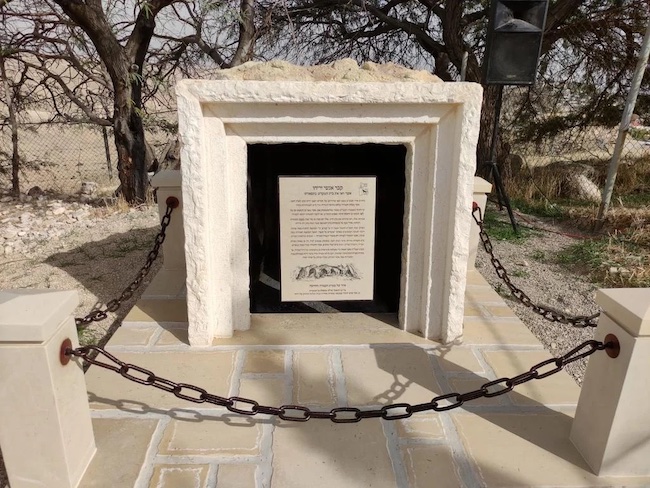 The proper interment of human remains of Jews from the Second Temple Era whose ancient graves near Jericho were desecrated by Arab looters was finally concluded Monday with the unveiling of a special commemorative gravestone.

The circle that was closed began last year when Regavim launched a unique rescue mission with volunteers for the Preserving the Eternal. Together they saved the remains of the Hasmonean royals after the Palestinian Authority issued permits for agricultural work resulting in the desecration of the ancient burial grounds at the Hasmonean Fortress of Jericho.

Regavim and Preserving the Eternal marked the final resting place of the Hasmonean royal family, and “reaffirmed the unbreakable bond between the Jewish People, the Land of Israel, and Jewish history and heritage – the very things for which the Maccabees, members of the Hasmonean royal family buried in the Jericho Fortress, fought over two millennia ago,” Regavim stated.