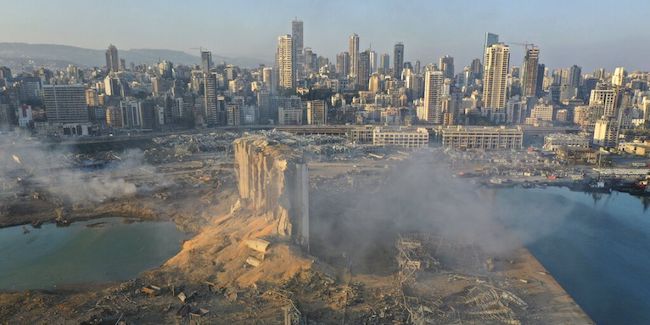 Lebanon’s cabinet resigned on Monday over last week’s devastating blast at the Beirut port, a decision that was made under pressure as several ministers quit or expressed their intention to step down.

In a brief televised speech, Prime Minister Hassan Diab said that he is taking “a step back” so he can stand with the people “and fight the battle for change alongside them.”

The massive blast on August 4 has brought a new wave of public outrage at the government and Lebanon’s long-entrenched ruling class.

Lebanon was in a dire state even before the explosion wrecked much of Beirut. The government is bankrupt, the currency is almost worthless, and millions of Lebanese are jobless. The explosion made things worse by destroying the main port for a nation heavily reliant on food imports. Some 300,000 people made homeless in Beirut have received little help from the government. Lebanon is also home to 1.5 million Syrian refugees. How will aid organizations deal with the challenge?

We know that Hezbollah has been in control in Southern Lebanon for quite some time but was not in overt control as far north as Beirut. Will this catastrophe signal a change in the entire country? How might Israel be affected? Lebanon was unstable before the blast. What will happen there now is anyone’s guess.