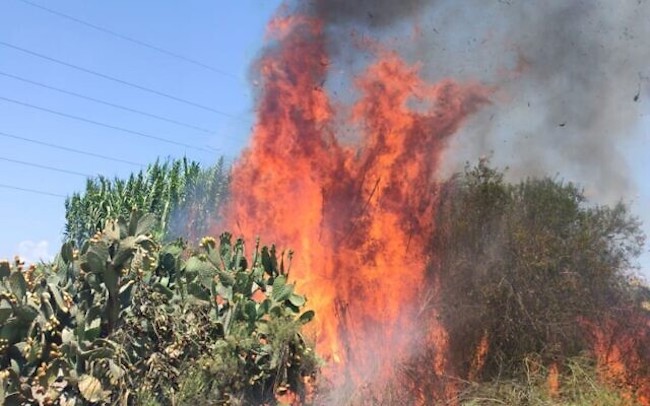 Several blazes were reported in and around Israeli communities adjacent to the Gaza Strip Monday as incendiary balloon attacks from the Strip continued to increase. Mayors of those Jewish communities demanded action against the fire-causing threat.

No injuries or property damage were reported.

The rockets were a “message” to Israel to let it know that armed groups in Gaza will not “remain silent” in the face of an Israeli blockade and “aggression,” a source close to Hamas told AFP.

In response to the renewed balloon-based attacks, mayors of the Jewish communities surrounding the Gaza Strip released a statement on Monday calling for the government to take action to prevent them.

“Our daily lives are again and again interrupted, by ear-ringing explosions, by fires, but rocket launches on a constant and ongoing basis. All of this, during a medical and economic crisis, which has also left its marks on our region,” the mayors wrote.

It’s inexcusable for the incendiary balloon attacks to continue and to expect the Southern Jewish communities to return to their “normal” daily lives. Israel must exercise its Sovereignty with an appropriate and effective plan of action for a permanent security response to these ongoing terror attacks.