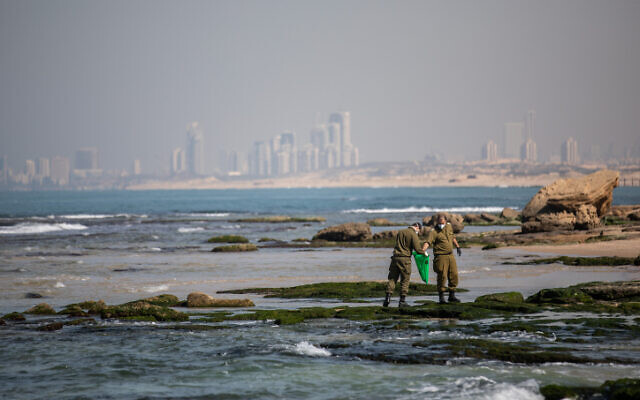 Environmental Protection Minister Gila Gamliel yesterday blamed a Libyan “pirate ship” flying a Panamanian flag that was smuggling oil from Iran for a massive oil spill that has polluted most of Israel’s Mediterranean beaches.

Gamliel called the oil leak, which has been described as Israel’s worst ecological disaster in decades, an act of “environmental terrorism.” She suggested the spill was orchestrated by Iran.

Defense sources said they could not confirm the veracity of Gamliel’s claims and said that neither the IDF nor the Mossad had been part of the investigation of these allegations. Officials said they were frustrated by the lack of coordination within the government.

Whatever the case may be, we trust Israel’s defense agencies will not overlook this and act accordingly should it be confirmed that this was a terrorist act against Israel.