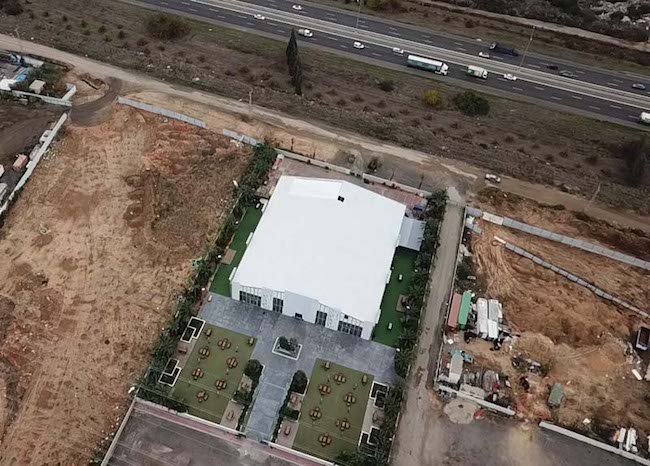 It also turned out that those event gardens were being built, without a permit, below the IEC’s high voltage lines – contrary to safety guidelines and in a way that greatly endangered the lives of anyone staying below them.

The Regavim movement successfully appealed to the Israel Police National Enforcement Unit to carry out the demolition orders issued for the buildings, before they expired.

“This case is a clear expression of the necessity of the Kaminitz Law, which today enables law enforcement agencies to operate with a wide range of tools to create immediate deterrence,” said Yachin Zik, Regavim’s director of operations.