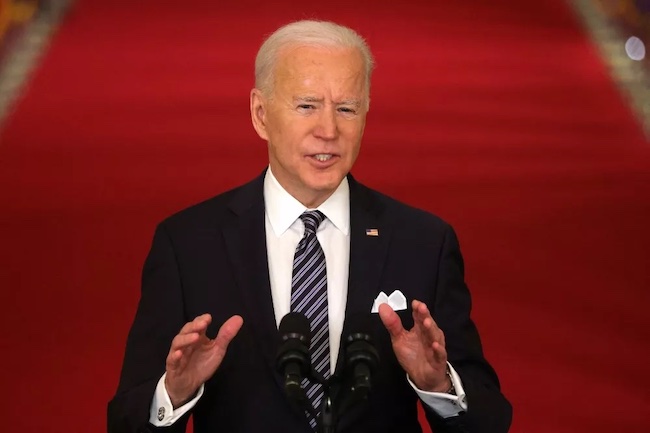 Funding Terrorists Once Again
The Biden administration has informed the Congress that it has approved the transfer of $75 million for projects in the Palestinian Authority-controlled areas of Judea, Samaria and Gaza.

The funding is being restored to regain the “trust and goodwill” of the Ramallah government, the Congress was told, after the budget cuts by the previous American administration of President Donald Trump. Even while Abu Mazzen reportedly has refused to take calls from Blinken, insisting on direct communication with Biden first, money is being put aside to replenish the coffers of the PA. All this as a predicate to American attempts to revive negotiations based on the impossible Two-State Solution. We at AFSI have always called this the two state dissolution; it should never be revisited.

Having a Conversation with Iran
The Biden administration plans to roll out a new proposal for Iran to return to negotiations “as soon as this week,” in which it would limit some nuclear activity. In exchange, Washington would lower some sanctions on the economically-hit Islamic Republic. By so doing, the administration is turning a blind eye to Iran’s oil smuggling which ignores or certainly circumvents the sanctions.

One of the sources said the proposal was “more than anything, about trying to get the conversation started.” We ask – why try to start a conversation that is predicated on lies?

Human Rights is His Agenda
The US State Department’s annual report on human rights violations published earlier this week refers to Judea, Samaria, Gaza, eastern Jerusalem and the Golan Heights as territories “occupied” by Israel but does not title the chapter “Israel and the Occupied Territories”.

The report does reference “the West Bank, Gaza, and East Jerusalem territories that Israel occupied during the June 1967 war.”

Lisa Peterson, acting top State Department official on human rights, said the report’s authors continued to believe it was better to assign geographic names. “We also believe it is clearer and more useful for readers seeking information on human rights in those specific areas.”

A reminder to Biden: YOU CANNOT BE AN OCCUPIER IN YOUR OWN COUNTRY. For a refresher on this, watch our Zoom meeting from last September with Dr. Jacques Gauthier.

All of these developments are deeply troubling to us as Israel’s security is first and foremost on our mind. Anything Biden plans to do only reverses successful Trump era policies that benefited Israel. Let’s not kid ourselves – the man in The White House has delusional plans that are nothing more than a political agenda dictated to him by anti-Israel, left-wing radicals.

Report: Biden to offer Iran sanction relief for reduced nuclear activity, return to negotiations, by i24 NEWS. i24 NEWS, March 29, 2021