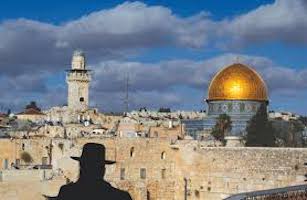 “Unlike this chamber which is detached from reality, a growing number of nations are acknowledging Jerusalem,” said Gilad Erdan.

Some 139 United Nations countries approved a resolution on Thursday that spoke of the Temple Mount solely as an Islamic holy site, by referencing it only by its Muslim name of al-Haram al-Sharif.

It was one of seven pro-Palestinian, anti-Israel resolutions that the UN General Assembly’s Fourth Committee in New York passed on Wednesday.

Israel’s Ambassador to the UN Gilad Erdan told the committee that the resolution “completely ignores any link between the Jewish people and the Temple Mount – our holiest site. This is a disgrace. The audacious attempt to rewrite history will not change the indisputable fact that the Jewish connection to the city of Jerusalem dates back thousands of years.”

“Instead of persuading the Palestinians to choose the path of negotiations and peace, these resolutions only encourage them to harden their positions. Every voice in favor of these resolutions is another step toward turning the UN into an irrelevant body,” says Israel’s Ambassador to the United Nations Gilad Erdan.

In case the United Nations missed the news, the paradigm in the Middle East for Israel and its many Arab enemies is changing in a positive direction for both sides. A new perspective is shining brightly on Israel as an important and productive ally, not the aggressor its been viewed as for decades. If the UN is to be a relevant and useful organization going forward it must overcome its disgustingly blatant and biased Israel hatred. If the UN refuses to face up to the truth that’s evolving and conduct business in the sphere of REALITY, then AFSI says shut down the organization. The UN needs to get over it already – enough is enough!!