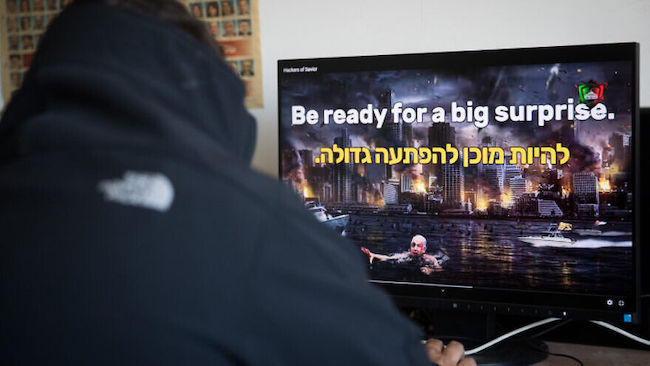 Is this Iran’s response to the recent cyber attack on its port facilities? This morning, Regavim’s website was hacked in an Iranian cyber onslaught. A video implanted on Regavim’s homepage illustrates an Iranian attack on Tel Aviv and Haifa.

Following the recent cyber attack that targeted port facilities in Iran – a cyber-op attributed to Israel – this morning, a counter-offensive was launched. Both the Hebrew- and English-language websites of the Regavim Movement, a public non-government organization dedicated to protecting state land, were taken over by Iranian hackers, as were hundreds of Israeli internet sites.

Yakhin Zik, Director of Operations at Regavim: “We hope our website will be up and running again soon. Meanwhile, our battle to preserve Israel’s national resources continues unabated, and we will provide updates through social media.”

Download the video implanted by hackers on the Regavim sites.

Further Reading:
The above news was sent to us by our friends at Regavim. Read more about the cyber attack in: Cyberattack: Anti-Israel message takes over multiple Israeli websites, by Tzvi Joffre. Jerusalem Post – May 21, 2020