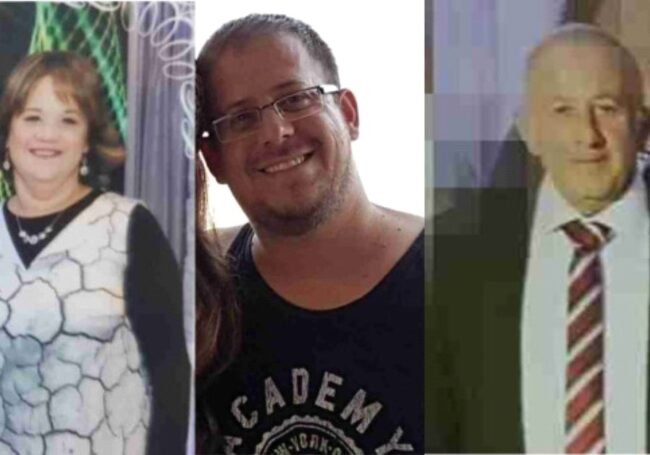 By now we are all too familiar with the horrendous news of the murder of three Jews in the town of Halamish, Israel, this past Friday night. All these innocent people were doing was sitting around a Shabbat table, enjoying a festive meal, and celebrating the upcoming circumcision ceremony for a newborn male grandchild.
An Arab carrying a knife and a Koran was able to scale the community’s security fence. He then entered a home, and stabbed three people to death, a grandfather, and his son and daughter. The murdered were: Yosef Salomon, 70, and his children Chaya, 46, and Elad, 36. Yosef’s wife, Tovah, was severely injured and as of this writing, remains hospitalized
As is typical, the Arab and Muslim community both in and out of Israel celebrated these murders as an act of heroism, not as the heinous act that it is; even the terrorist’s mother! (click HERE). Today, we learned that the terrorist committed these murders knowing that he (i.e., his surviving family) would be financially compensated for his actions, another disgusting behavior practiced by Israel’s enemies.
How many times do we need to cry out, Enough is Enough! What does it take to understand that among Arabs and Muslims, compromise is viewed as a sign of weakness and capitulation? When will appropriate punishment be meted out to the savages who refuse to admit Jews have a permanent homeland in the Middle East, and that homeland is Israel, including Jerusalem?
Events in Israel and the greater Middle East are occurring at breakneck speed, and we await the decisions, pronouncements and actions of the Netanyahu government. Strength is required. Capitulation of any sort is not, and can never be an option.