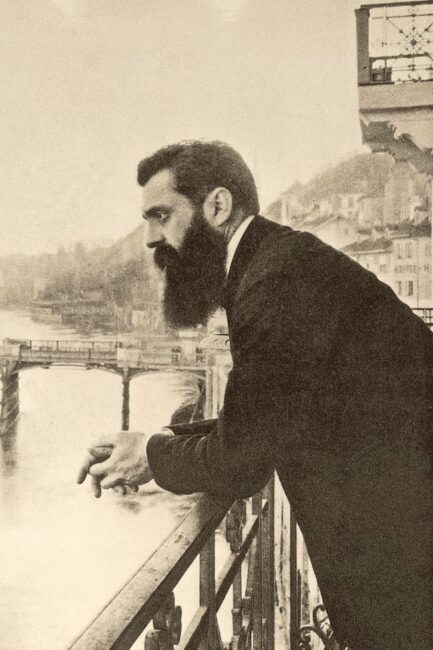 Herzl was born in Budapest, Hungary, in 1860, where he was educated in the secular Jewish-German enlightenment milieu. In 1878, following the death of his sister he moved with his parents to Vienna, where Herzl studied law, receiving his doctorate in 1884.

Although his death in 1904 meant that Herzl never saw the founding of the independent State of Israel, his convening of the first Zionist Congress in Basel, Switzerland in August 1897 paved the way. The Congress ratified the goal of Zionism as being “to establish a National Home for the Jewish People in Eretz Yisrael, that will be secured on the basis of the Law of Nations.”

Source:
Remembering Herzl on his 116th yahrzeit. Herzl’s most famous quote stands as a testament to his tenacity: ‘If you will it, it is no dream.’, by Donna Rachel Edmunds. Jerusalem Post – July 12, 2020