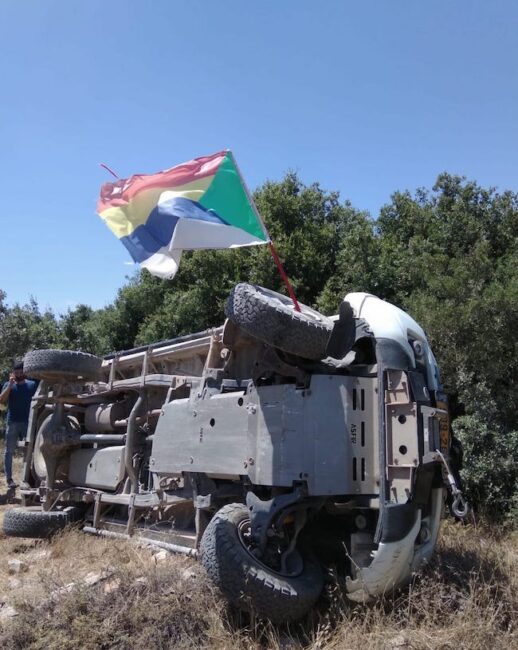 The inspectors quickly found themselves surrounded by a violent mob of residents of nearby Beit Jann, who pelted them with stones and physically assaulted them. The inspectors were extracted with great difficulty.

The video clip of the incident released by the Nature and National Parks Authority’s spokesperson shows the inspectors’ vehicle overturned and in flames.

Meir Deutsch, Director General of Regavim, reacted to the incident:

“The same criminals who have defaced the Har Meron Nature Reserve with illegal construction are now attempting to use violent means to prevent enforcement authorities from doing their job. They physical assault on state officials is an attempt to prevent the enforcement of the State of Israel’s Planning and Construction Law.

Enforcement officers should not find themselves in life-threatening situations, and the Israel Police must prosecute these criminals to the full extent of the law. We will monitor the investigation of this incident closely, and demand that those involved are brought to justice. Hooliganism of this kind cannot be rewarded.”