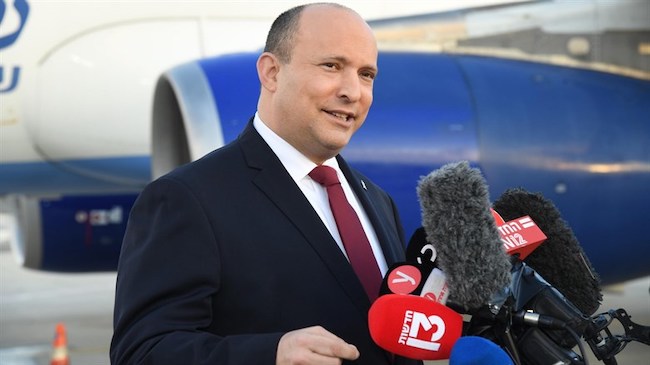 Prime Minister Naftali Bennett departed to Bahrain today in the first visit of its kind by an Israeli leader to the Gulf kingdom.

Speaking to reporters before take-off, Bennett said he hoped the visit would be a “message of goodwill … and a shared stance against common threats.”

According to the Prime Minister’s Office, Bennett and his counterpart will talk about ways to build on the normalization deal and on “the importance of peace, development and prosperity in the region, particularly in advancing economic and diplomatic matters, with a focus on technology and innovation.”

Bahrain and Israel agreed to normalize relations as part of the Abraham Accords in September 2020. Bennett’s historic visit to Bahrain is another building block on the path toward peace with Israel’s Arab neighbors. We are grateful to the Trump administration for initiating a lasting legacy that clearly is moving forward in developing positive relations for Israel and the Middle East.