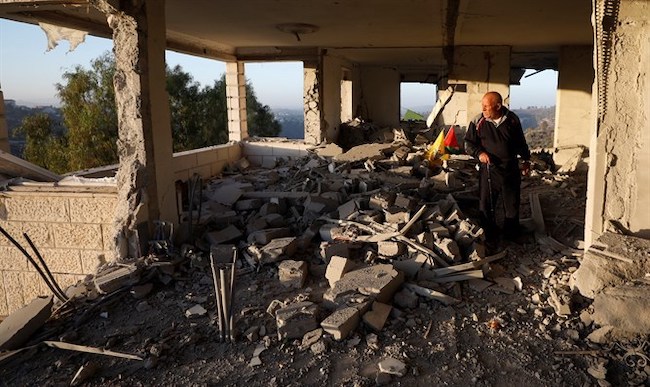 A spokesperson for the Prime Minister’s Office responded Thursday to condemnations by the US regarding the demolition of terrorist Muntasser Shalabi’s home. Shalabi was indicted in an Israeli military court over the attack in May in which student Yehuda Guetta was shot dead.

Shalabi, 44, is a US citizen, and following the Wednesday night demolition, the US condemned Israel for what it called a “unilateral” step which “undercut efforts to advance a negotiated two-state solution”

In a statement, the Israeli Prime Minister’s Office said: “The Prime Minister appreciates and respects the US government. At the same time, he acts only in accordance with considerations for the State of Israel’s security, and to protect the lives of Israeli citizens.”

Biden needs to stay out of Israel’s business, especially when it concerns the defense of the State of Israel and her right to defend itself in any way it deems necessary.