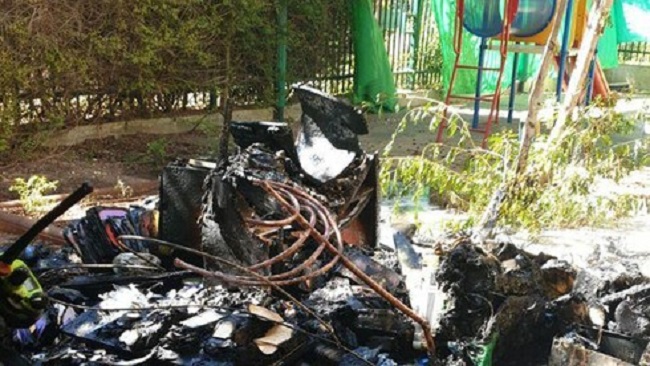 On Tuesday, 39 fires were ignited in southern Israel. The day before there were 20 fires reported along the border with Gaza during the day, caused by the devices attached to balloons. One such device caused a fire to break out in a Sderot kindergarten (photo above). There were no injuries reported.

Over the last week, the PA has ramped up its aggression toward Israel with increased arson balloon attacks. Let’s call this for what it is: TERROR. Every one of these incendiary balloons launched at Israel is intended to harm Israel and should be treated as terror attacks with swift and decisive action by Israel’s defense forces.

How do the Gaza terrorists get the helium for their incendiary balloons?, by Dr. Colin L. Leci. Arutz Sheva – August 19, 2020