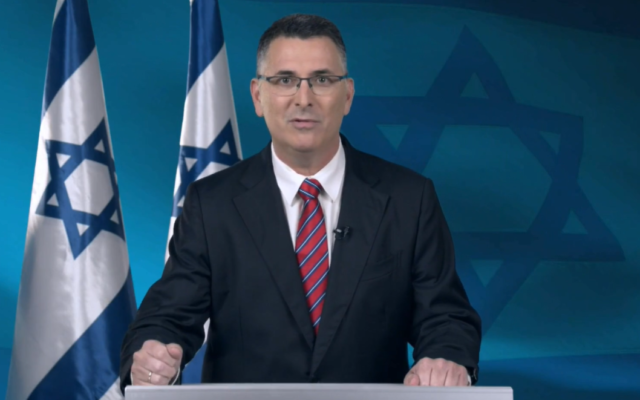 Israel’s Justice Minister threatened to topple the government if it fails to pass a bill extending the term of enforcement of Israeli civil law in Judea and Samaria. He recently warned coalition partners that a vote against the Judea and Samaria Law would be tantamount to dissolving their own government.

“Coalition members who vote against this law are basically saying ‘I don’t want this government to exist’,” Sa’ar said.

The Judea and Samaria Law, renewed every five years by the Knesset, is a temporary measure which applies Israeli civil law to Area C – the territories under full Israeli control – in Judea and Samaria, without establishing Israeli sovereignty over the area. Again the Arabs are showing their muscle – no Israeli government should succumb to its blackmail although it appears that several factions are making outlandish offers to procure their votes.

We can’t say it enough times – apply sovereignty now! ENOUGH!! Do the right thing and let Israel exercise her legal right to the land.

Source:
‘Vote against Judea and Samaria Law, and this government is done’, by Israel National News, May 31, 2022