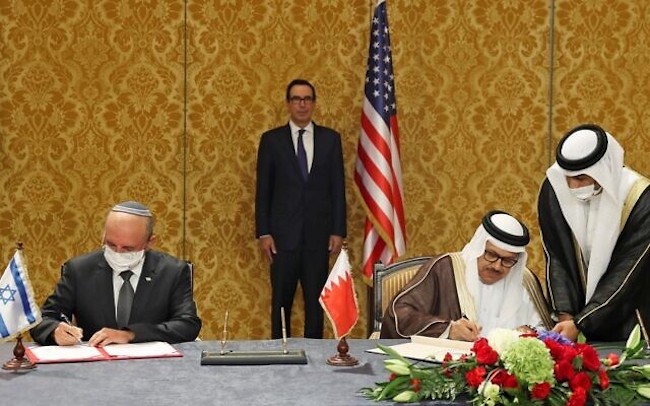 Israel and Bahrain on Sunday formally declared that they have made peace and established formal diplomatic relations, only the fourth such agreement between the Jewish state and an Arab country, and the second in weeks.

At a solemn ceremony in Manama, officials from both nations signed eight bilateral agreements, including a “Joint Communiqué on the establishment of diplomatic, peaceful, and friendly relations.”

So far, we now know that this new agreement DOES NOT mention anything related to Sovereignty over Judea and Samaria or put the two-state solution back on the table for discussion although it does mention the quest for a resolution of the “conflict”. This still appears to be a win for Israel. That’s always a good thing!