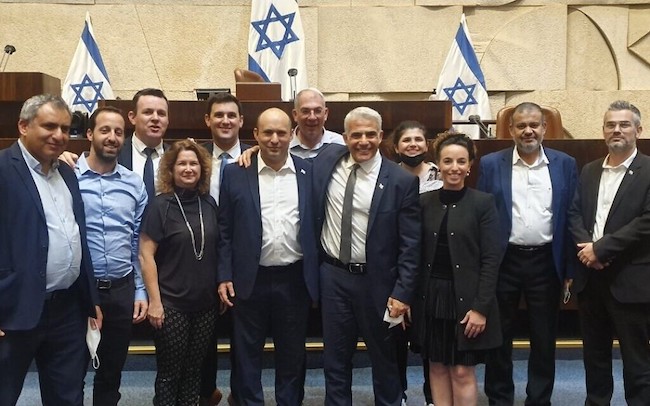 After three and a half years if you count from the passing of the last budget, or two and a half if you start from the expiration of the 2018 budget, Israel finally has a new budget to carry it through 2022. The new budget was passed around 3:00 AM Friday, with a 59 to 56 vote, at the end of a 66-hour debate that began at 9:00 AM Tuesday.

Did we miss something? Where is money allocated to build in Judea and Samaria?

The approved budget includes more than $9.6 billion for the Arab sector—a prize for Mansour Abbas’s Ra’am Party, part of the governing coalition. Bennett’s coalition once again appeases the Arabs and neglects Israelis.

Those that cast the 56 votes against were less jovial. MK Shlomo Karhi (Likud) said: “This is an abusive budget against the weak and against Judaism and against the Jewish character of the state.”

Religious Zionism Chairman MK Bezalel Smotrich was also combative, declaring: “We lost this battle but we will win the war, because we have a path, and values, and truth, and we have not sold nor will we sell them for any fortune in the world. And the truth will win in the end.”

Sources:
Lapid-Bennett Coalition Passes 2022 Budget; Smotrich: We Lost this Battle But Will Win the War, by David Israel/Jewish Press, November 5, 2021