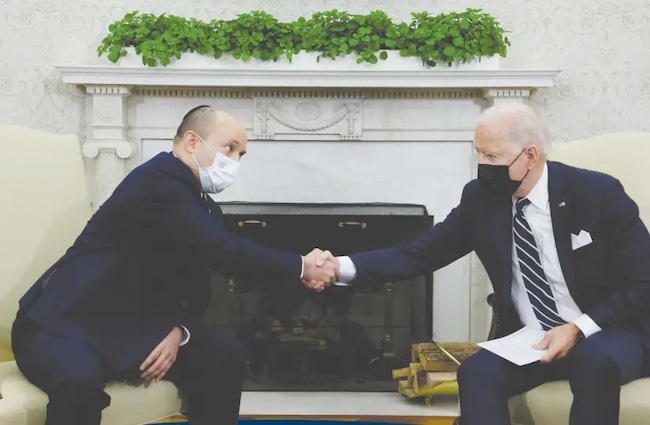 Israel has told the Biden administration that it is opposed to any plan to reopen the US consulate-general that services the Palestinians in Jerusalem because the city is the undivided capital of the Jewish state, Prime Minister Naftali Bennett told reporters on Saturday night.

“My position, which has been presented to the Americans by myself and by Foreign Minister Lapid, is that there is no place for an American consulate that serves the Palestinians in Jerusalem,” Bennett said.

“We have expressed our position [to the US] determinedly, quietly, without drama, and I hope it will be understood. Jerusalem is the capital of Israel alone.”

While it has been troubling to see Prime Minister Bennett give too many concessions to the PA in recent weeks, AFSI applauds PM Bennett for holding strong to this critical position on Sovereignty over Jerusalem. Now his words must be met with and consistent with action.

We remind everyone to join us and show your support for an undivided Jerusalem at our Urgent Vigil this Wednesday to make it clear to Biden – NO PALESTINIAN CONSULATE IN JERUSALEM. Information follows below.

Source:
Bennett: There’s no room in Jerusalem for a US consulate for Palestinians, by Tovah Lazaroff, Jeremy Sharon/Jerusalem Post, November 6, 2021 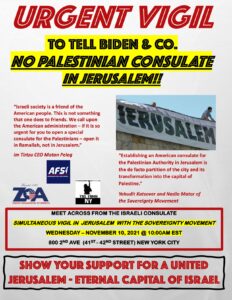