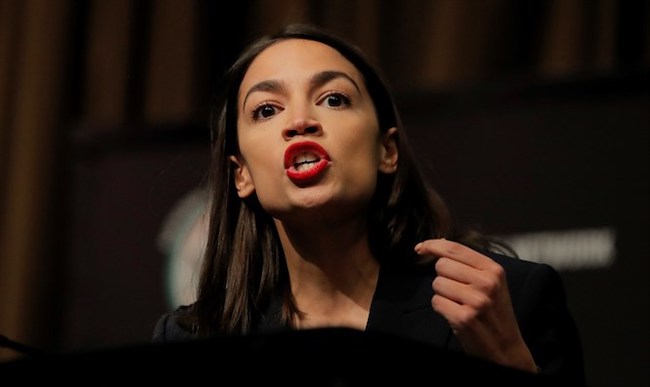 Democratic Congresswoman Alexandria Ocasio-Cortez is “at it again,” according to former NY State Assemblyman Dov Hikind. Hikind claims that AOC “would like to see Israel defenseless the next time Hamas or Hezbollah rain thousands of rockets on Israel.” She seems to be only interested in the demise of Israel and becoming a social butterfly at the Met Gala. (A $30,000 ticket to the Gala which was gifted to her far exceeds allowable gift levels for a member of the United States Congress. Add the dress, limos, hotels, etc. and her dress which read “Tax the Rich” (another target) should have had Hypocrite scrawled across it instead.)

What prompted Hikind’s lengthy tweet was Ocasio-Cortez’s recent introduction of legislation to stop arms sales – to Israel. Not to Saudi Arabia, “who is engaged against Iran in a bloody and costly proxy war that’s ravaging Yemen on a massive scale.”

Responding to the congresswoman’s tweet, Israel’s ambassador to the U.S. and the UN, Gilad Erdan, shot back: “I would expect a Congressperson to understand that Israel is defending its citizens against Hamas, a designated terrorist organization. Your amendment further legitimizes their heinous attacks against innocent civilians, as well as antisemitic lies.”

Sources:
AOC ‘at it again,’ calling for arms embargo on Israel, by Arutz Sheva Staff, September 19, 2021