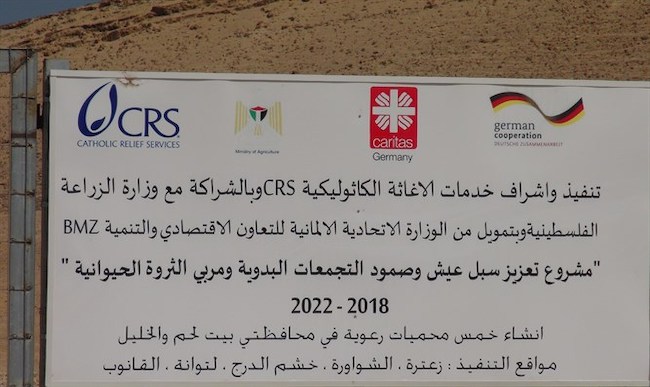 What’s going on in Area C? That was the question posed to Gilad Ach, director of the Ad Kan non-profit organization, and the answer received was shocking.

According to Ach, while Jewish construction in Area C has been severely curtailed if not outright frozen during recent years, Palestinian construction under the auspices of the Palestinian Authority is going right ahead, funded by member countries of the European Union.

Area C is under effective (not very effective) Israeli control and in the horrifying event of a future “peace (pieces) deal” must be included within Israel’s sovereign borders. This hasn’t stopped countries like Germany and Great Britain from transferring huge sums of money to the PA to be used for Palestinian construction in Area C. The latest installment of a hundred million Euros comes from Germany, and on the Israeli side, no one is doing anything about it whatsoever.

Ach asks the burning question: “And what about the current Israeli government? Will the ‘government of change’ make changes here?” We wonder the same thing.

Source:
Palestinian State in process, funded by 3b Euros from the European Union, by Shimon Cohen/Arutz Sheva, September 19, 2021